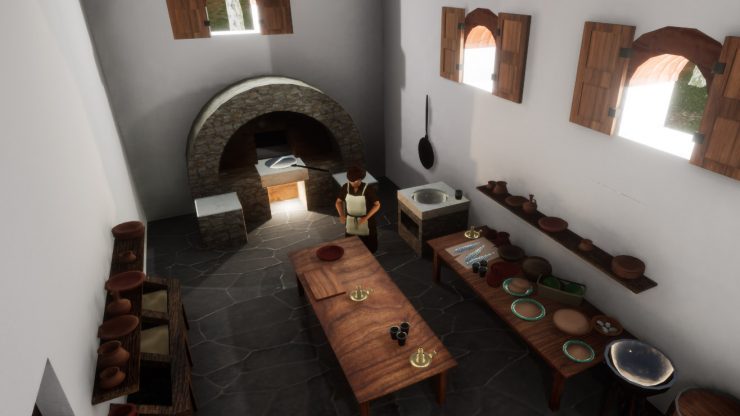 Content creation continues to make the first module of the new ArcVenture development. We have already been introduced to the guard at the gate and the servant Brian. Now we get to meet Paulus, the master of the villa. Players will find him in his study doing his accounts dressed in a rather posh toga. 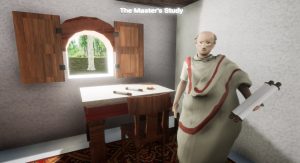 He can provide information about the first unknown object that the players are asked to investigate but not before delivering a message to the villa cook, Bertia. Paulus has guests coming for dinner and needs Bertia to make extra food for the evening. Players will be able to ask Paulus about politics in Roman Britain as he is the Governor of the area. Players visit the villa quite late in the Roman era and many of the Governors are left to organise their own affairs on behalf of  Caesar. 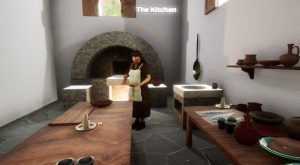 Bertia can be found preparing dinner in the kitchen. The players can ask several questions of each of the characters they meet to find out more about the life and times of Roman Britain. Bertia will be able to talk to players about the cuisine of Roman Britain and how food was prepared.