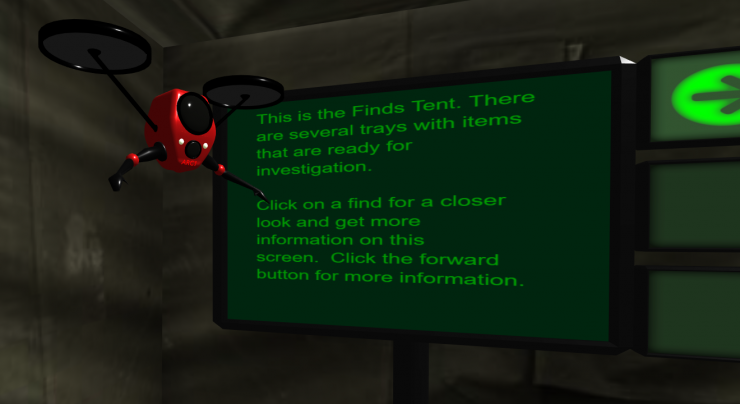 As you will know if you have played any of the original Archimedes ArcVenture games, there was a little character called Arc1, a plucky little computer that floated about giving the player instructions and information. When the series was reworked in the early 2000’s , this character disappeared from the the story. For this new incarnation of ArcVenture I would like to bring that character back as a drone style robot floating around  and providing assistance to the players.

Archeology has increasingly used computers, technology and now even drones to provide more information and analysis to the task of cataloguing as much as possible about a site and its contents with new imaging techniques to provide visualisations of the data. I think to bring back Arc1 as a robotic drone is very suitable for today’s technology and hopefully will be as we received as it was in the 90’s.