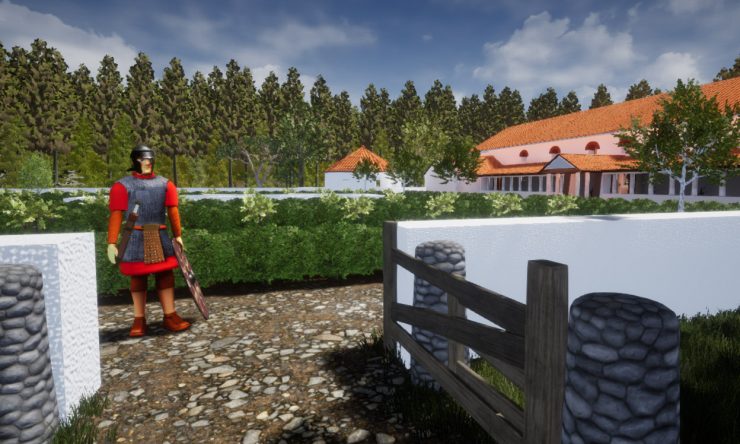 Stand by your beds! The military has arrived, well at least one of them. ArcVenture Online has its first Roman soldier for players to interact with when they travel back to Roman times and arrive at the villa. There has also been quite a lot of gardening done in the villa grounds to make the place a bit more presentable for visitors. 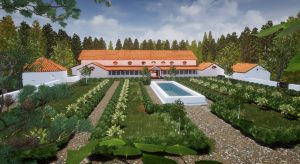 There are rows of bushes and a water feature in the garden for players to explore before they head into the villa buildings to meet the residents. Our guard is retained by the owner of the house but is equipped with the latest auxiliary gear, ready to be called up by the Roman governor in times of need. 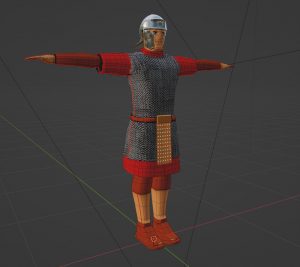 Built from scratch in Blender, he will be the first character that the players will meet when they get to the villa in search of the identity of the mystery find from the dig site. He has been animated using Mixamo which makes it easy to rig (set up a skeleton) 3D models and make them ready for use in Unreal Engine. The next stage of development will focus on the other residents of the villa including some of the family and the servants that would have kept the estate running around the time of 200AD. 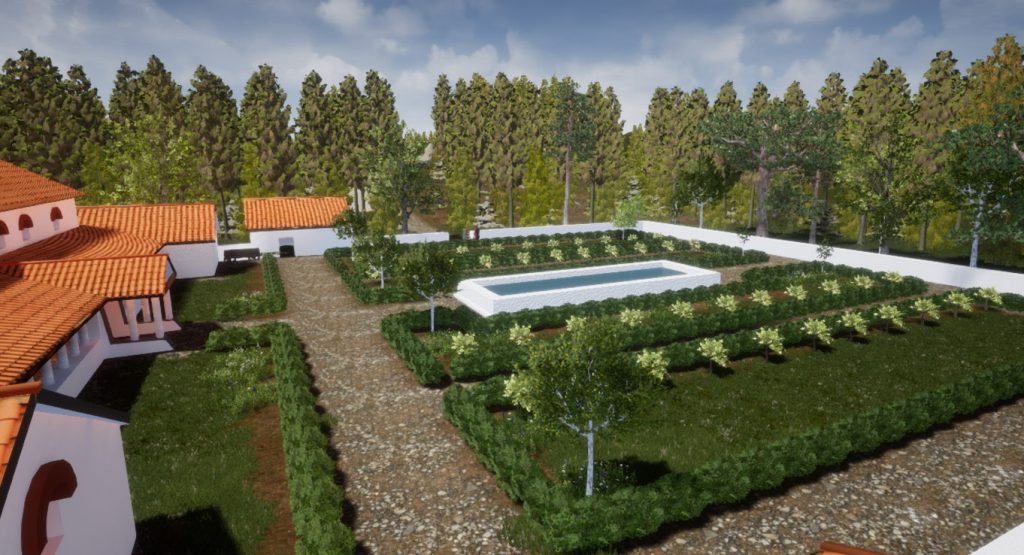