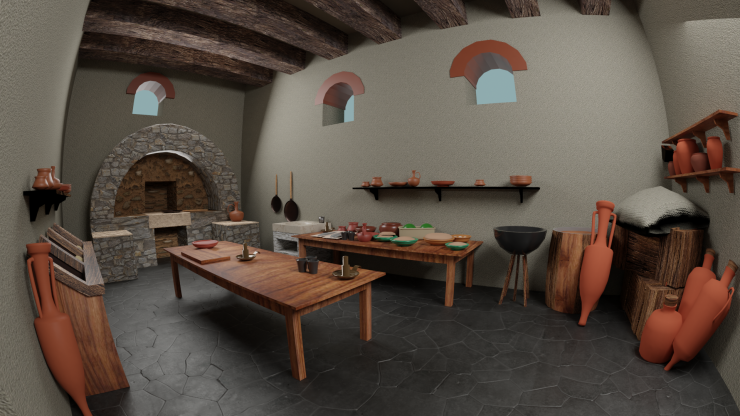 One of the key technologies that I wanted to bring to the new ArcVenture development was an aspect of VR (Virtual Reality), AR(Augmented Reality) and XR(Both). While I am modelling the Roman Villa, which will be the focal point of the first adventures back in time, I thought I would put it into a VR test build to see how it looks from inside. It’s difficult to explain or show the actual VR 3D effect on a flat screen, all I can say is that is quite an experience to virtually step inside a model that you have made and walk around. It also shows you some of the mistakes you made with the model and textures in greater detail, so still a work in progress but I thought I would share a bit of prototype footage of the Villa as it is being built.