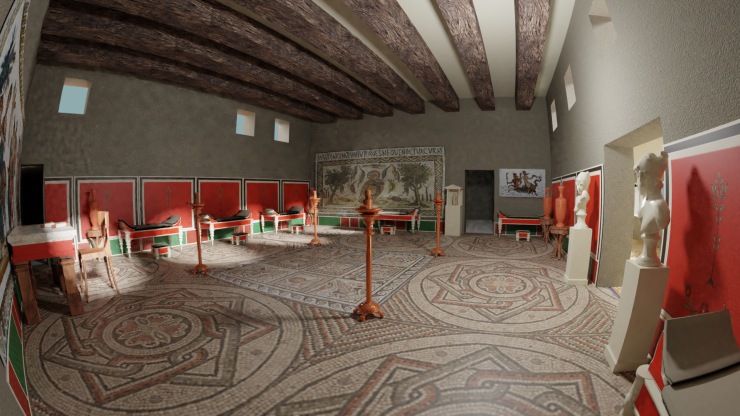 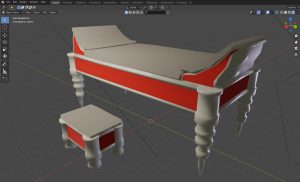 We have now arrived at the stage in development where work has started on the section of the game in which the player is taken back in time to meet people who used the objects that are being found at the Dig Site.

I thought this would be a good point to talk a bit about how the 3D models are being created for the game and some of the tools being used. 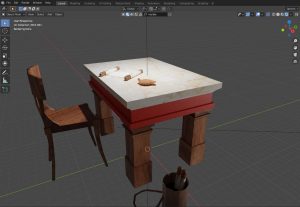 As you are probably aware, ArcVenture does not have a large budget so using open source or free tools is preferable if possible. There are many 3D creation programs available, some of them costing a Caesar’s ransom but one free 3D design package has stood out as being as good as any paid for 3D modelling program in my opinion.

I have been using Blender since the days when it was really hard to use but thankfully now it has been completely re-designed to be easy to use and produce some amazing output. 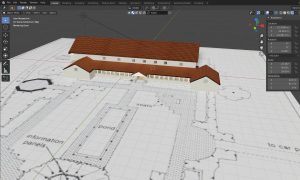 Work is currently underway to build the virtual Roman Villa, this time, based on the villa at Bancroft in Milton Keynes. We have several tomes of information about the structure and contents of the villa from when it was excavated and even existing physical models to base the re-creation on.

Blender enables us to build the entire Villa complex ready to import into the Unreal Engine so that players can walk around and interact with the people and objects they find there. 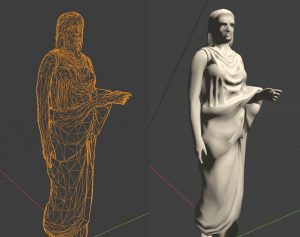 All the items are being modelled as wireframes and then coloured, textured and added to the scenes. The main living room is coming along nicely.

If you want have a go with Blender you can find it at: https://www.blender.org/