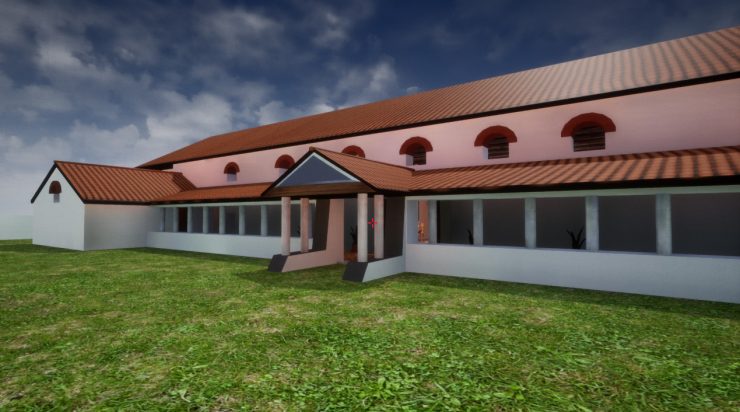 Hi all! This is the download page for the Roman Villa walkaround preview. It’s very much a prototype at the moment and other than walking around there is nothing to interact with but it provides a view of what the villa part of the “back in time” adventure will be like.

The villa itself is roughly based on the building found at Bancroft in Milton Keynes so is a British Roman style building from around 200-300 AD. Feedback and comments about the villa are very much welcomed as this is still in the development stage.

There are two versions here to run on a 64bit Windows environment – one which will launch in a VR headset if you are running a suitable PCVR system like Steam VR – I’m afraid I have very limited VR testing capabilities at the moment so feedback about compatibility would we great.

Just download the zip file – unpack to a suitable directory and launch the exe file.